They are Billions is a real time strategy(RTS) game where your goal is to survive many hordes of zombies. This game has been set in a Post-Apocalyptic world with steam-punk settings. You start off with a Town center, 4 rangers and 1 soldier. From there on it is all yours. There won’t be any tutorial phase so you have to find and learn everything by yourself, what is a really good feature in my opinion. You have to build your defenses very fast and get a sturdy group of Rangers, Soldiers and Snipers (Later in game). If you are not fast enough you won’t survive any zombie attack nor the zombie hordes which will be there soon and you need to start all over again. Are you capable of surviving?

The graphics are really nice even though certain camera angles will make it very difficult to see everything. There is no rotation possible for your camera so it happened to me that I lost certain units or zombies over the time. The graphics support 4k resolution which is very nice. This game will stay stable even though there are up to 20.000 zombies on your screen. 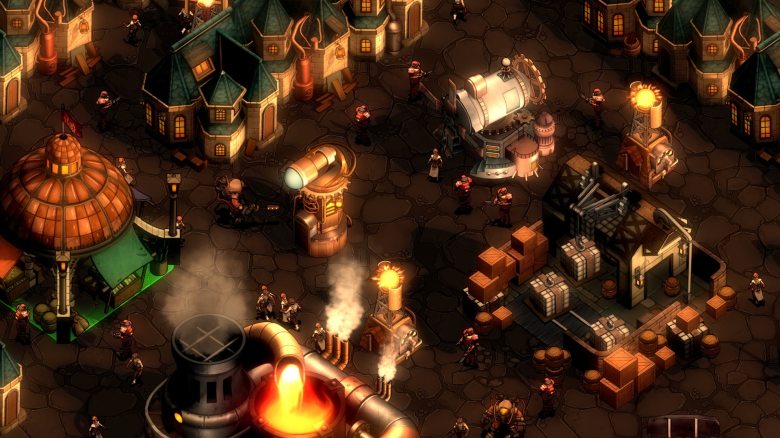 Pros:
+ Very addictive
+ Easy to learn but very difficult to master especially with a harder difficulty
+ The graphics and art-style look cool
+ Very stable game with lots of potential
+ You can make it as difficult you want to
+ The Music and sound effects are really good

Cons:
– No Multiplayer support (yet)
– A few bugs but no game breaking ones
– No camera rotation

I am very curious what this game will become in the future! I just think this game is a must have for RTS games and for survival lovers as well. I can finally say it again, A zombie survival game with lots of potential… It has been a while.

8.5/10 This will be my rating for now! A very solid zombie survival game which is very addictive. I am very curious what this game will be in the future!