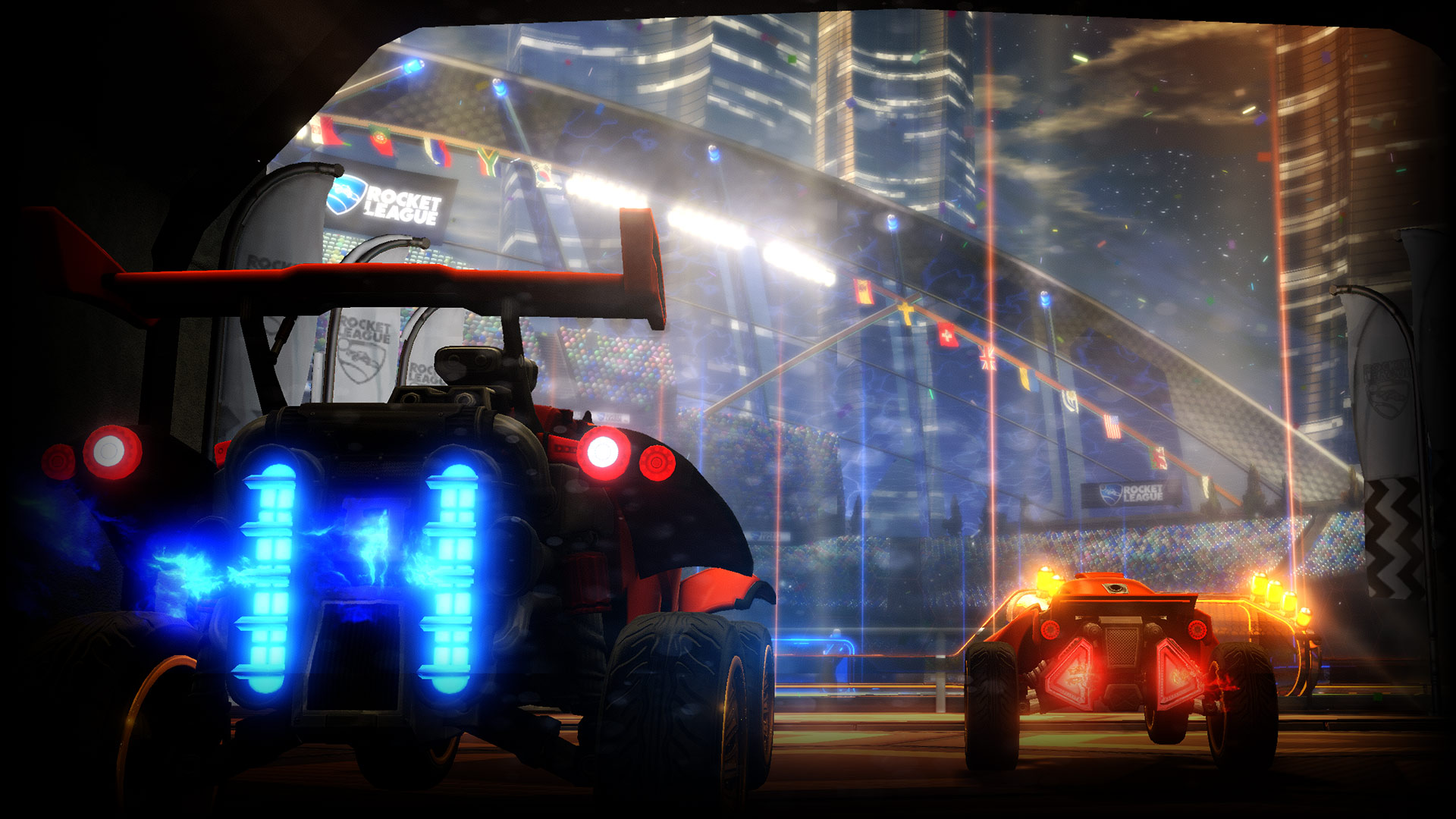 Rocket League is a highly addictive fun game. Easy to learn but hard to master.

Rocket League is a highly addictive fun game. Easy to learn but hard to master. I played Rocket League for about 1020 hours up to date. And even though I got so many hours this games still won’t let me down and I just don’t get bored. After 1020 hours I am still not a the highest level and I am learning new things every day.

I love the gameplay from Rocket League. But I sure recommend you to play with a controller. You can do slightly more when played with a controller instead of playing with keyboard and mouse. The controls are easy to learn and also they are easy to change if you want to play it a bit different. For example I put my Air roll button to LB, my scoreboard to RB and I switched my handbrake and boost button.

What do you have to do on Rocket League? Well it is quite simple you can play 1v1, 2v2, 3v3 or 4v4 against each other. Your mission is to score as many goals in 5 minutes. Like a normal soccer game you need to use passes and strategy to score in your enemies their goal. But don’t let it fool you this game is much harder then you think on first sight. The higher level you play the harder it gets to score and you really need different type of skills and strategies to score.

You can choose between the Casual games and the Competitive games. the difference? Well if you want to play casual games you can choose between several game modes like: 1v1, 2v2, 3v3, 4v4, 2v2 Hoops (basketball mode), 3v3 snowday (sort of ice hockey), 3v3 Rocket Labs (Normal type of game but on weird maps) and 3v3 Rumble (A party mode with powerups). If you want to play Ranked games you can choose between Solo (1v1), Doubles (2v2), Solo standard (3v3 with random team mates) and Standard (3v3). Is you will ranked games you will get Skill points which eventually will let you go divisions up and even ranks up. Have you got what it takes to get to Grand Champion?

Rocket League is a beautiful game made with the unreal engine. The graphics look amazing and every single map gives you a Unique feeling. But don’t worry you won’t get enough time to enjoy the visuals cause if you will do that you will certainly lose the match.

The audio in Rocket League is amazing. I actually never listen to the in game music and also never to the sound of the crowd. I only want to hear the cars, boost and ball bounces. Just a small tip for you. Learn to play on sound. Learn the sound of different type of boosts, cars and learn to locate the sound. It will improve your gameplay a lot. Cause you actually will know where your team mates are.

Rocket League has become my all time favorite game. And I sure will put loads of hours in this game even though I got 1020 hours already. Psyonix is just so good with the regular updates and really listens to their players. I love this game so much and I guess it will be very difficult to find a better more addictive game instead of Rocket League