Ever since I was young I always was fascinated by different types of music. But in the early years of my puberty I started experimenting more and more with different music genres.

I listened to metal and rock but I always searched for something harder. That’s why I got into Deathcore, Death Metal and other core elements into the metal genre.

I have been vocalist and guitarist in some metal bands which was quite fun but it didn’t live up to my expectations and needs to aggressive music. I really like making music though. So I started the band called ”When Disaster Falls”. I played 20+ shows with this band and we actually grew as musicians. It was fun for a while but it didn’t last that long.

After disbanding When Disaster Falls I started playing guitar for my new band which was called ”Sacred Lair”. This was the first band I played guitar for, and I really enjoyed it a lot. The music was so much more dark and aggressive, which I really liked a lot. Unfortunately there were some fights and struggles within the band, so we only played 2 shows with it. I still miss playing for this band though. It was so energetic and powerful.

But after all these non understandable music I wanted something different. So I started listening to some house music, which was way to soft for me. So I came back to Hardstyle music which felt like home!

You know what in my opinion one of the best feelings is? Being outside in the sun, feeling good and with a beautiful melody or kick. That’s what gives me goosebumps and makes me feel good. That makes me forget all the troubles around me and just enjoy that single moment. I love to go to parties and festivals just because of that single reason, of course there are many more reasons. One of them is the big brotherhood on Hardstyle/Hardcore parties. Everyone is nice to each other there are almost no fights and everyone enjoys their moment to the fullest.

Of course many people do use drugs, which I am not a big fan of to be honest. I never used drugs, I don’t smoke and I even don’t drink any alcohol. So at parties at least 95% of the people used something like alcohol or (hard) Drugs. But even after that people are still so nice to each other.

One of the funniest things on parties is that people are always watching me because I can dance very well haha. But I can’t stand still for one second so people always think that I am on drugs, even though I never used any. So they look into my eyes and see oh shit he really is not on drugs. They always have respect for that, which gives me a very good feeling.

My life literally changed since I got back into hardstyle or even harder music. I found this was the best way for me to express all my anger and negativity. I met so many new people and every fucking single party gives me new experiences and memories. This music helped me through the darkest of times. The times where I really wanted to end my life. But the first time I actually smiled again since I was struggling with my depression was the moment I walked outside in the forest, with the beautiful sun in the sky and an amazing Hardstyle melody. It gave me goosebumps and it gave me strength.

I will be going to many parties again this year and I will enjoy it to the max!

Hope you have a wonderful day, 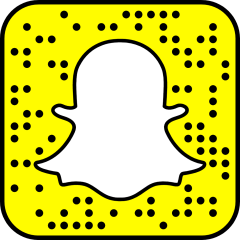